Regarding the compatibility of HAKKO FM-2032 with stations, contact your local dealer or distributor.

The color of the part incorporated in the connector assembly differs from each other. 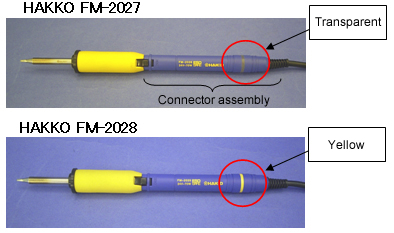 The HAKKO FM-2027 has a function that indicates the operating status by lighting the LED incorporated in the upper part of the connector assembly (transparent part) in red.

The HAKKO FM-2027 can be also used together with the HAKKO FX-951 and HAKKO FX-952, but in this case the LED stays lit irrespective of operating status.

The color of the part incorporated in the connector assembly differs from each other. 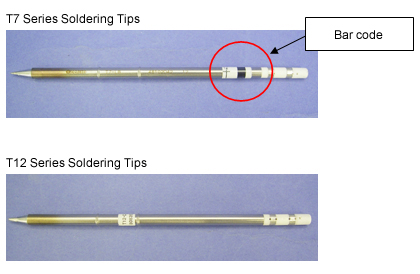 When T12 Series tips are used with HAKKO FM-202

A. Turn off the barcode-driven tip temperature correction function.

B. Input the offset value for the tip temperature.